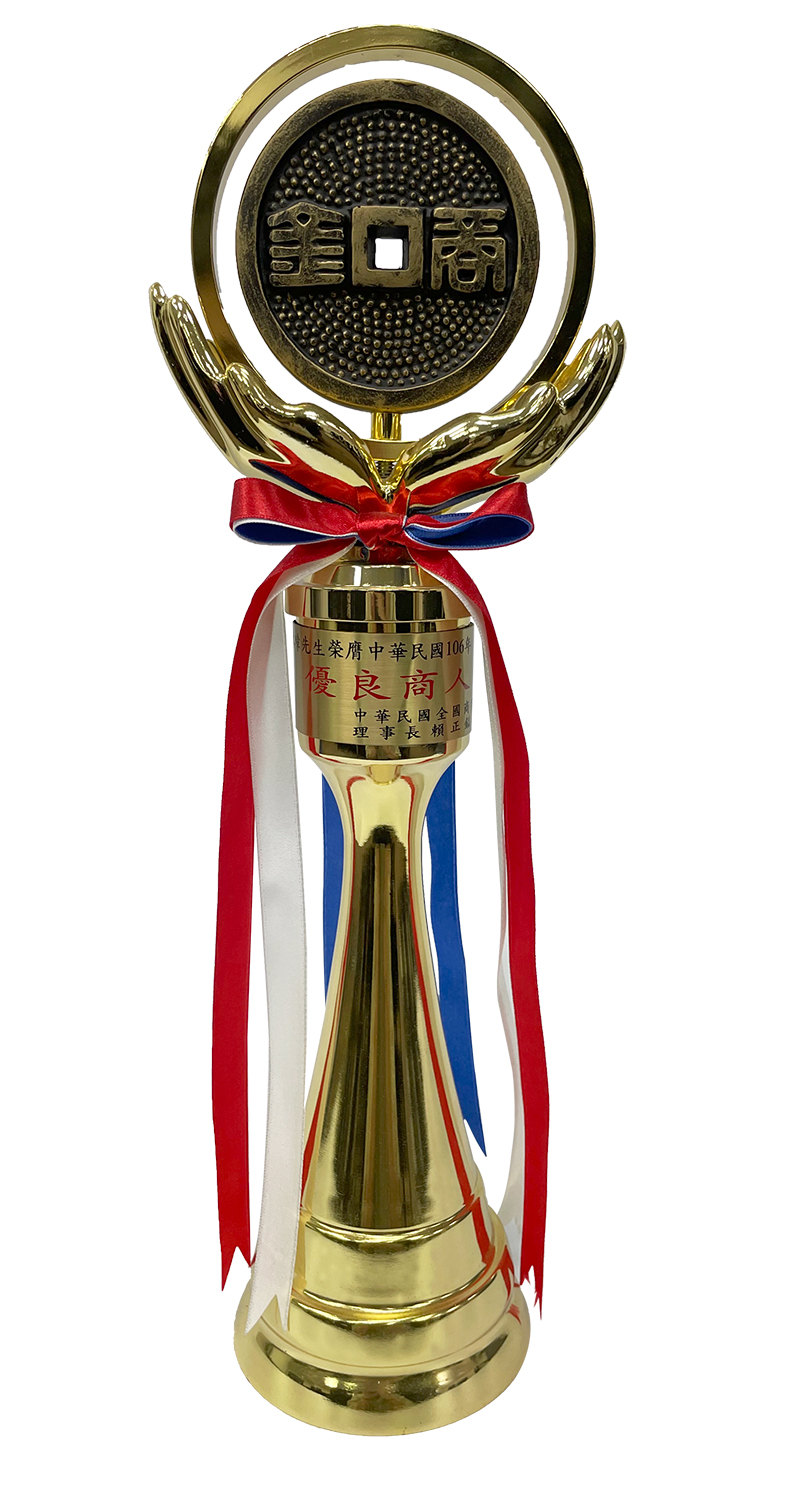 [Golden Merchant Award] is one of the oldest national-level enterprise selection awards in the Republic of China, which is popular in Taiwan. To encourage foreign investment, this award is highly valued by the government. It is personally received by the President every year and awarded by the heads of the Ministry of Economic Affairs and the Ministry of Foreign Affairs. The Good Merchant Award of the Republic of China represents the guarantee of a good brand of a company. It is also the highest affirmation and honor that bestows the image of the company, and it also bears the strength of Taiwan's industry. Winning this award also affirms that it will have considerable strength and influence in Taiwan's industry in the future!